‘It’s in failure that we grow’ – My last Kickboxing loss! 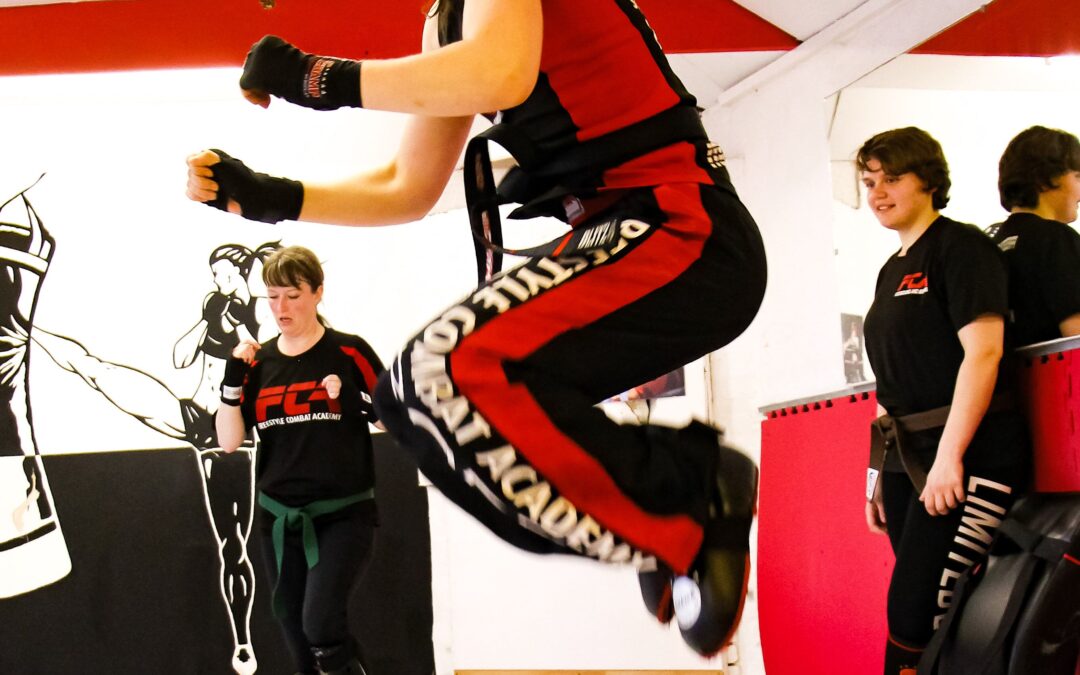 This week I was on The Mind Affinity Podcast, with Duncan Price.

Duncan has been helping me improve my sleep, and my health, recently – since I have been struggling with my own increased levels of anxiety.
I am pleased to say his advice, and the advice of others, combined with my own knowledge, is working!
I am sleeping and eating well again, and everything is better than normal!
It is not going to go ‘back to normal’, my ‘normal’ has been improved upon! It is from our ‘toughest losses’ that we learn the most!

We discussed this in the podcast; about how ‘losses’ do not equate to ‘failure’, and we how actually learn the most from them.

Then we go into ‘modelling behaviours’… and something which I describe as ‘embodying excellency’.

And how my last kickboxing loss was my toughest, and immediately after, upon defeat, I was left thinking…
How does she do it?
How does she have such faultless aggression and a relentless resilience, to everything I threw at her?
Does she not feel pain?

Well, this fight highlighted what happens when 2 fighters step into the ring and neither is willing to back down.
We both gave it 100%. And technically/physically, it was close (she had slightly better kicks? And her fitness was incredible!) but her mindset was stronger.

She knew she was going to beat me… and although I was determined not to allow it, I had begun the fight on the back foot – I was having to fight to survive! I clearly remember wanting to knock her out, not just to win, but to stop her from hurting me… it was horrible! It’s the only fight I’ve had where I REALLY felt like I was fighting, opposed to ‘competing’.

And you can watch it here:

My last loss – My fight against Lilly!

Anyway… once I had settled down after this loss, and spoken to my coach, I began to believe that I was actually ‘fit enough’ and ‘good enough’, to win.
I managed to convince myself, that as I had survived that last fight, nothing else would be as difficult.
And, I would train for a fight that tough, or tougher (although that’s difficult to comprehend)… then if it was easier, great!
But my training kept confirming my belief, with each intense session, that I had the ability to push to that level, and beyond.

At my next fight, I was in the same warm-up area as Lilly (who by this time was fighting for a British title – she went on to become a 2X European champion).

And I watched her… how she warmed up and how she got herself in not just the right physical state, but also into the right mental too.
How she had no ‘unique’ ability (yes, she is very skilled… but that doesn’t take away from my skill), but she knew how to manage her nerves better than I did.
And, she did actually have nerves, too! That almost came as a shock to me, as she didn’t show them at all, in our previous fight!
And by the time she entered the ring, she was fully confident in her ability and she truly believed that she would walk away as the winner.
She had no doubt in herself. She was ready.

So, for future fights, including both of my title fights, I trained as if I would have to fight her again, and I warmed up in a similar style too.
With a focus on calming myself, and believing in my ability. Less ‘aggression’, less panic… through longer and lighter drills; breathing, reframing thoughts… and visualising success!

With a focus on increasing intensity, with less ‘techniques’ and wanting to improve ‘everything’, but optimising just a few, and shorter, more explosive cardio and power, for fitness, but allowing improved rest too! Accepting that the rest is essential and that I did not need to do more!

Then, on fight day, I’d work to keep myself calm. Longer and slower drills, a focus on breathing and relaxing. Reframing the negative thoughts. Visualising my success.

And by changing the way I prepared myself before entering the ring, on fight day, changed the way I fought, in the ring.

That was what allowed me to become a champion.

This is the same in all areas of life… and certainly in business.

I have been overwhelming myself by trying to do TOO MUCH.
That fear of ‘not doing enough’, had come back.
The panic that I needed to do more… and quicker, harder, faster…
Which, in the ring, resulted in a loss and a headache, from taking too many punches.
And in my life/business sleepless nights and loss of appetite…
Neither of which are healthy, enjoyable, or what I would classify as successful!

So, I am adopting the same approach to my business now. I am doing less but with more focus.
I am optimising the ‘training’, with shorter, but more intense, ‘sessions’, and accepting that an overall slightly longer and slower-paced approach will allow greater calm and clarity. And with that comes true confidence. Not just a ‘false hype’ of ‘motivated confidence’.

And through this process, I have realised what I ‘specialise in’.

Yes, hypnotherapy can help with MANY problems, but I want to help those with performance anxiety/perfectionism overcome what is holding them back, so they can use their energy to succeed, opposed to ‘beating themselves up’, mentally, with it!
Resulting in improved health, and happiness, as well as greater success!

P.s My priority is still growing my community, and empowering wholehearted health! I’ve just not yet picked ‘ONE thing’… I still have 2!

P.P.S Duncan has also been running a ‘sleep week’ in my FREE Facebook group! I will save it as a ‘unit’ and it is full of value! Please feel free to get involved, and Thank you, Duncan!

CHAT WITH THE CHAMP!
Let’s connect, book in and let’s get to know each other better – bring a cuppa!