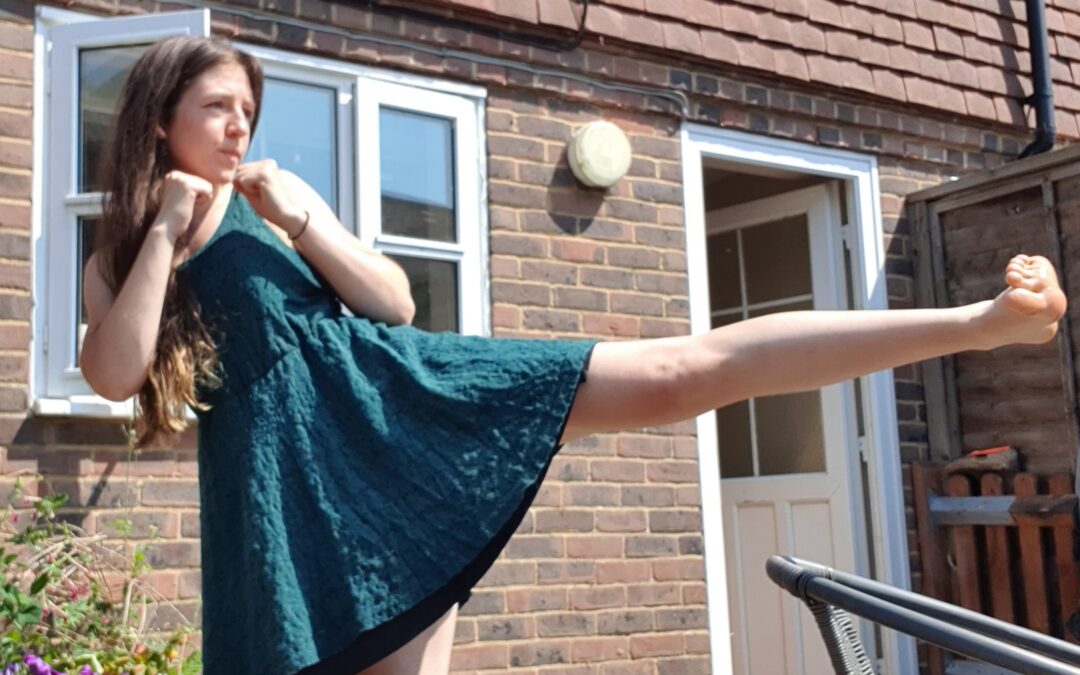 I have Hashimoto’s, an autoimmune underactive thyroid.
My body attacks my thyroid as if it is a ‘foreign invader’.

I will begin by saying that I am extremely grateful for the medication I take every day, it has enabled me to achieve everything which I have; and function as a happy, healthy, human being!

So, let’s go back to the beginning…

I got diagnosed at 22, a couple of months after my return from traveling South East Asia.

I had returned back to my pub work but cut my hours down from around 60 to 30-35. I knew I needed more balance in my life (and I was exhausted).

I had also got heavily involved with kickboxing, training 4/5 times per week, with fighting on my mind…

My life was going well, except for one thing… My metabolism wasn’t functioning properly.
I hadn’t realised that my ‘normal’ was actually the complete opposite. I was choosing to ignore it, not let it hold me back, fight it… even if that meant waking up every morning close to tears, muscles aching, feeling weak…

I would sleep 10-12 hours at night, ideally 12, work my shift, then nap until training, to return home to sleep again. No amount was enough, and I always woke up barely able to open my eyes… dreading getting out of bed.

Yet, I didn’t realise anything was wrong!
Some part of me was not allowing me to admit to myself, my own weaknesses, vulnerability… And I was determined to carry on, as normal. I refused to give up, at a subconscious level.

Until one day, it was the end of my lunch shift and my dad asked me if I could work the evening.
And I broke down. Uncontrollably crying. I couldn’t bear the idea of having to come back to work – I NEEDED sleep!

His response to this was something along the lines of  ‘there’s something wrong with you, you should go to the doctor’… so I did.

And that was when I was diagnosed.

It took over a year of increasing the dose of my medication, it took over 6 months before I noticed any improvements… But I always believed things were improving.
Believing that the medication was helping me; I remained strong, knowing that with each day, and each little tablet of the hormones that my body needed so badly, the next days could only be better.

By the time my levels were stabilised, I had established myself as a kickboxing fighter, despite the diagnosis.

I was fighting too heavy though… I had several fights at 57kg, before going down and fighting at 53.5kg. After about a year of stabilised thyroid levels…
I lost my first fight at this lighter weight too… but I had confirmed in my mind that this was ‘my weight’.
I was fitter, stronger, and healthier than I had ever been! 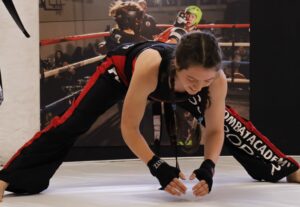 Do I blame my thyroid for those first losses?
No, it was my lack of experience. I hadn’t learned that my body performs better, as a fighter, at a lighter weight!
And, they were all close. I was never overpowered, I just had less of an advantage.

What I do believe is that once my medication had balanced out my hormones, physically, it allowed me to combine that with my resilient mentality, to become the fighter, the champion, that I am today.

My disadvantage became my advantage.
You don’t realise how easy you’ve got it, until life gets more difficult… and I had that the other way round.
I had it difficult and chose to continue fighting… So, it only got easier!

I don’t yet have the science behind all of this, but I wanted to share part of the story.
I do believe I can turn this into a book and I have the desire to do so.

I am now becoming determined to find ways of using hypnosis to help others overcome their own struggles!

You don’t need to physically step in the ring to win your own fights! And those battles are often in your mind too, they don’t have to be physical!

I will help people to keep turning up strong each day, enforcing the belief that they too CAN do it, empowering them to achieve their goals and overcome their own obstacles!

Let’s have a virtual coffee, or tea, and cake too if you fancy, together!